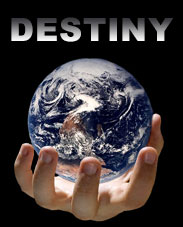 • It seems to be innate in the collective consciousness of humanity that all great, epic stories follow a certain plot line: An underdog hero fighting to save humanity from a powerful, evil enemy bent on world domination.

Using this epic idea, Destiny explores the uniqueness of Jewish history & reveals that what we believe to be only fantasy is in fact reality & the Jewish people are cast in the most crucial role in the greatest of all stories. (Available as a 1 hour presentation or a full-day seminar) 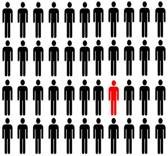 • The world today is  split between the universalistic progressive left and particularistic, conservative right. What is the Jewish perspective on this great divide and what role does the Jewish people play in healing this rift and unifying humanity? (50 minutes) 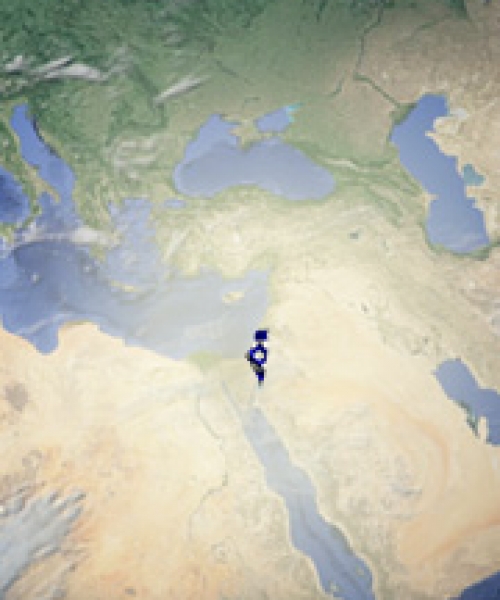 I Will Bless Those Who Bless You

The Jewish people are only .2% of the world’s population and Israel is one of the smallest nations on the planet. Pound for pound, no  people and no country have contributed more to the world than the Jews and Israel yet no people have been more hated and persecuted and no country more threatened and attacked.  What is the explanation for these dramatically contradictory phenomenon and  the mysterious connection between how countries and civilizations have treated the Jews and   how they have fared. (1 hour)

“ And I will bless those who bless you, and curse those who curse you.  Through you all the families of the earth shall be blessed.”  Genesis 12:3 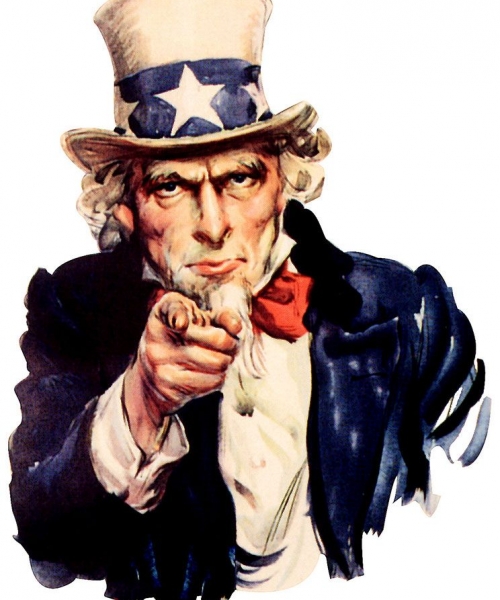 What role has Judaism played in the political evolution of the modern world?
If God could vote – would He be a Republican or Democrat; a conservative or liberal?
Historically, why have the majority of Jews so consistently voted for the Democratic Party and supported a liberal political agenda? This presentation delves in exciting new discoveries about the profound impact of Jewish thought and law on modern democracy and why Jews vote the way they do. (1 to 1.25 hours) 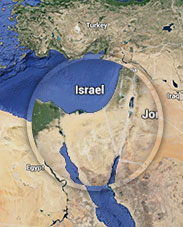 A Nation that Dwells Alone-Why does the whole world pick on tiny Israel?

• Of the 191 member nations of the U.N., why is Israel the only country whose very existence is threatened?
• Why is Israel’s capital, Jerusalem, not recognized by any country in the world?
• Why have there been more U.N. resolutions condemning Israel (the only democracy in the Middle East) than all the other countries in the world combined?
• When it comes to the Jewish State there is an unbelievable double standard. A Nation that Dwells Alone delves into the the root cause of the unique situation that Israel finds itself in and offers profound insight into the solution. (1 hour) 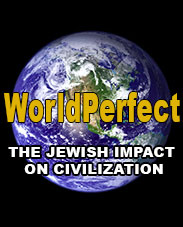 WorldPerfect - The Jewish Impact on Civilization

• What would the world be like without Judaism and the Jewish People? WorldPerfect explores 4,000 years of world history from this unique perspective. Join us for a fascinating presentation that will completely transform your understanding of Judaism and the mission of the Jews as a “Light to the nations.” (1 to 1.5 hours with Powerpoint slide show)

“It is almost impossible to imagine how the world would have fared had they (the Jewish People) never emerged.”

British Historian, Paul Johnson, A History of the Jews 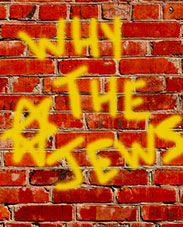 Why the Jews - The eye-opening explanation of the World's Longest Hatred.

Why the Jews explores the deeper meaning and message behind humanity’s longest, strangest and most intense hatred – Antisemitism. This presentation will completely alter your understanding of antisemitism, the Holocaust and Jewish History. (1 to 1.5 hours with Powerpoint slide show) 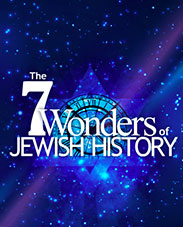 The Seven Wonders of Jewish History

• This class is one of the most powerful presentations from Aish HaTorah’s world-famous Discovery Seminar. The presentation examines the unique nature of Jewish history and its remarkable relationship to Biblical prophecy. (1 to 1.25 hours) 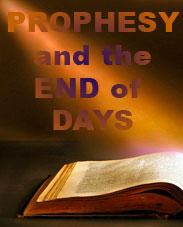 The Edge of History - Prophecy & the End of Days

• What does Judaism have to say about the destiny of mankind and the end of history? How does recent history and today’s headlines match up to Biblical prophecy? This presentation will give you a profound appreciation of the power of prophecy in world history. (1.25 to 1.5 hours with Powerpoint) 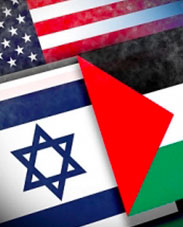 Worlds in Collision - Israel, the Middle East and the West

• What’s the connection between the Palestinian Intifada and the September 11th terrorist attacks in America? Find out what is really going on in the Middle East and its implications for world Jewry.

An eye-opening presentation that will transform your understanding of the Middle East crisis and its role in the global clash of civilizations. (1.5 hrs with Powerpoint) 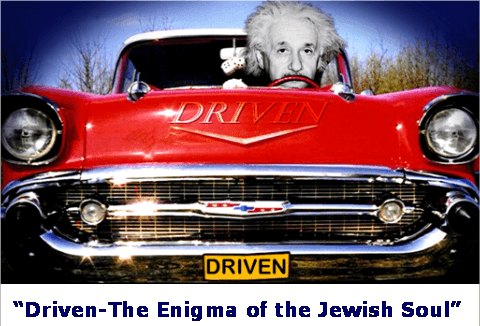 Driven - The Enigma of the Jewish Soul

• What’s different about the Jews? Driven explores the nature of this enigma as the key to understanding the remarkable nature of Jewish accomplishment in history. Come find out why the tiny Jewish people have been one of the most monumental forces in human civilization. (PowerPoint-1.5 hrs.)

“All things are mortal but the Jew; all other forces pass, but he remains. What is the secret of his immortality?” 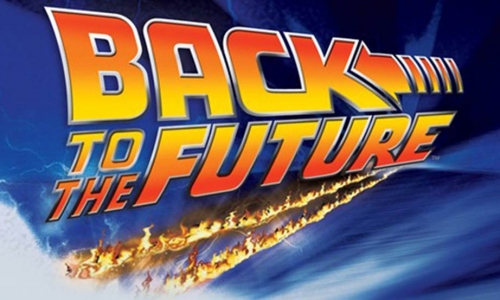 Back to the Future - The Jewish View of History

• What does our past say about our future? What’s really going on behind the big events on the world stage? How do the decisions we make as individuals impact on the destiny of the world? An insightful introduction into the Jewish view of time and history. (.75 to 1 hour) 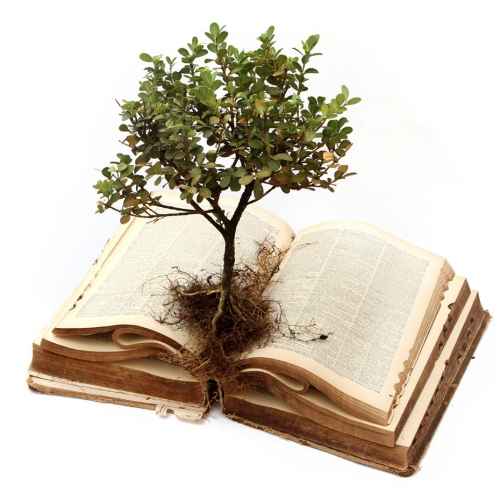 The Jewish Roots of Christianity

• What are the Jewish origins of Christianity? Why did the pagan world become Christian and not Jewish? What is the Jewish perspective on Jesus and why don’t Jews believe that he is the Messiah? A fascinating overview of the historical and religious connection between the two faiths and the causes of Christian anti-semitism. (1 hour) 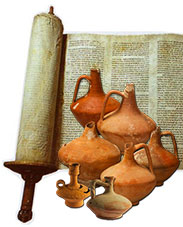 Archaeology and the Bible

• Does archaeology support or contradict the stories of the Bible? What do recent excavations in the Near East tell us about the Biblical narrative? How do religion and politics influence the opinions of today’s archaeologist? This class offers the answers to these questions and many more. (1 hour) 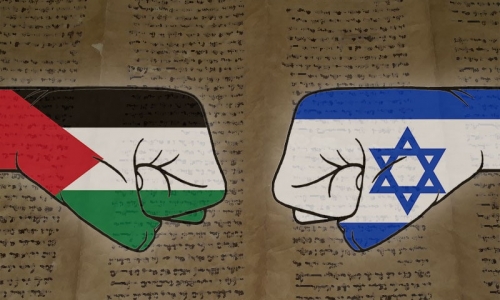 Israel and Ishmael – The Metaphysical Roots of the Middle East Conflict

• Take a journey beyond the geopolitical realities of the modern Middle East and radical Islam’s war on the West into the spiritual origins of the conflict between Islam and Judaism. This presentation goes back to ancient Jewish sources to reveal the fundamental underlying causes of history’s longest and seemingly most insoluble conflict. (1 hour)

Various Topics in Jewish History – Classes available on almost any period or theme in Jewish history from the birth of Abraham to the birth of the State of Israel.

Hanukah – An in-depth look at the first religious-ideological war in history and its relevance to Jewish identity in the 21st century. (1 hour)

The Great Revolt against Rome An overview of one of the great conflicts of antiquity and its consequences on both Jewish history and the Judaism’s relationship with Western Civilization. (1 hour)

Judaism, Paganism and Multiculturalism – – What is the philosophical basis behind the ancient struggle between Judaism and Paganism? Why is it so relevant to modern morality? (1hour)

Judaism and Islam – An overview of the origins, history and basic theology of Islam and its relevance to the modern Middle East, the Arab-Israeli conflict and the peace process. (1 hour)

Reform, Conservative and Orthodox – An historical perspective on Jewish identity in the 21st century and the origins and theological differences between the major streams of Judaism (1 hour)

Zionism and Judaism – The background to modern religious/secular debate in Israel today. (1 hour)

The Holy Land – A History of Israel – An overview of the last 3,300 years of history – from Joshua’s conquest until the 20th century. The presentation focuses specifically on the Jewish and Muslim connections to both Israel and Jerusalem and how this past history impacts the present reality of the Middle East. (1 to 1.5 hours)

A History of the State of Israel – A chronological journey through the modern history of Israel from the birth of Zionism in late 19th century to the present. This presentation focuses on the major events of modern Israeli history and the underlying causes of the Arab-Israeli conflict. (1 to 1.5 hours) 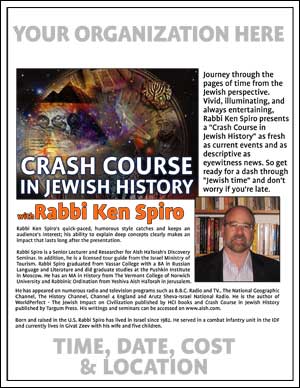 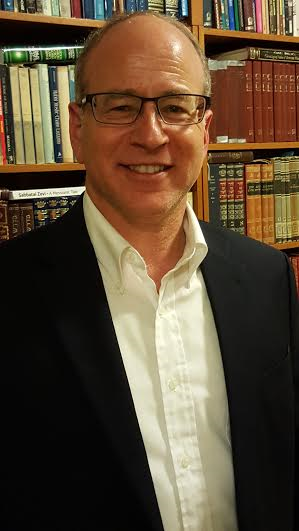 Rabbi Spiro is a Senior Lecturer and Researcher for Aish HaTorah, Jerusalem. In addition, he is a licensed tour guide from the Israel Ministry of Tourism.

Rabbi Spiro graduated from Vassar College with a BA in Russian Language and Literature and did graduate studies at the Pushkin Institute in Moscow.

He has an MA in History from The Vermont College of Norwich University and Rabbinic Ordination from Yeshiva Aish HaTorah in Jerusalem.

He has appeared on numerous radio and television programs such as B.B.C. Radio and TV., The National Geographic Channel, The Discovery Channel, The History Channel, Channel 4 England and Arutz Sheva-Israel National Radio. He is the author of WorldPerfect – The Jewish Impact on Civilization published by HCI books, Crash Course in Jewish History published by Targum Press and Destiny – Why a tiny nation plays such a huge role in history published by Geffen Publishing House. His writings and seminars can be accessed on www.kenspiro.com  and www.aish.com.

Born and raised in the U.S. Rabbi Spiro has lived in Israel since 1982. He served in a combat infantry unit in the IDF. A father of five children, he currently lives in Jerusalem .

Listen to My Podcast

Any amount is appreciated
Thank you